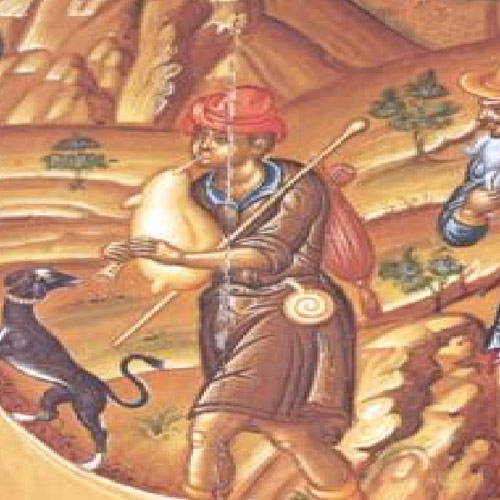 Bagpipe was the organ of lower social classes and prevailed mainly in the countryside, mainly in livestock areas, as a necessary raw material for its construction was, besides wood, the animal skins. Some references would like the instrument to be presented in Hellas at the beginning of the 1st century AD. Century from Asia. In this, most scholars argue that the instrument arrived in the Mediterranean through the East. His use was known in the Near East and the peoples who lived there. In Hellas we meet two types of bagpipe: Gaida and Tsambouna.

Tsampouna consists of the bag and the melodic aulos. The two reeds of tsampouna are adjusted on the bag (goat’s skin). Finally, tsampouna is a double reed instrument with 5 + 5, 5+3 or 5+1 holes.